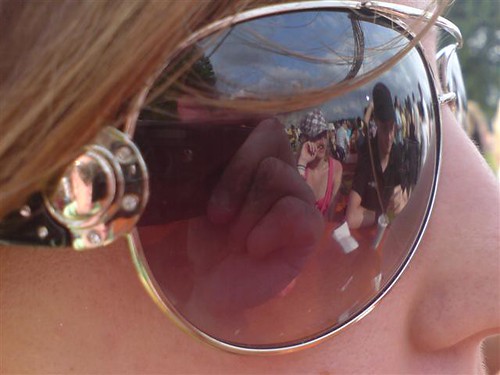 Stacey Pullen (USA)
Techno legend Stacey Pullen comes from the second 'wave' of successful Detroit producers. His releases on various respected labels such as Black Flag Recordings have brought him all over the globe.

Steve Lawler (UK)
By organising illegal parties under a freeway, Steve Lawler got into the scene of dance music. His big break came in 1995 on the island of Ibiza, where he played 8 hour sets, 7 days a week at his residency "Club Mambo" and 3 days a week at the terrace of Pacha. Steve Lawler has come a long way since then and is here to stay.

Wighnomy Brothers (D)
Their label is called Freude Am Tanzen, which means Fun By Dancing. Something the Wighnomy Brothers know how to do. They dance and jump up and down behind their decks, creating an euphoric atmosphere which turns every crowd into a partying mass.

Extince
Extince is one of Holland's most known rappers. His hitsingle "Spraakwater" reached the top 10 charts in Holland as first hiphop single ever. He gets a lot of credits from a lot of non-hiphop artists.

Alexander Kowalski (D)
Kowalski elegantly fuses elements from classic Detroit and historical Berlin techno sound. His affection for sophisticated bass lines, deep beats and challenging arrangements breathes new life into Techno. He knows perfectly how to program his tracks to sound straight, deep, housy, dubby or funky – and this versatility is one of the reasons for his reputation under both ravers and underground-oriented techno nerds.

Marcello
Marcello is Mr. Chemistry himself. He co-founded the famous clubnight and stayed closely involved for many years, while he was dj-ing all over the world, spreading the Chemistry feeling all over the planet.

Dennis Ferrer (USA)
Just as the dance music world was heading into the world of afro-centric house, Ferrer was there. And then, when it began to embrace the mix of tech and soul, Ferrer was there again, leading the way with his impeccable productions. As Ferrer goes, it seems, so does electronic music. And, as someone who's never content to do the same thing twice, it's clear that he'll be staying on top for years to come.

Benny Rodrigues
If there's one name which is linked to FCA, then it must be Benny's. Benny learned his skills from Dutch jock Ronald Molendijk but has bypassed his master a long time ago already. Benny's style is diverse, he can play a sphereful house set, but also for a pumping techno set, Benny knows how to accomodate his crowd.

Andre Galuzzi (D)
Andre's DJ carreer started at age 14 when the regular dj, at the bar where worked, was sick. After that he had gigs in nightcafe's where everything could be heard. His style has changed a bit since that, but Andre didn't. He still loves playing music and that's what he does best.

Joey Beltram (USA)
Joey Beltram is widely acknowledged as a leading innovator in the early development of underground dance music. Joey began DJing as a hobby back in 1983 at the age of 13 playing mostly early electro and hip-hop. He made the switch to house music in 1985 when the first wave of Chicago house hit NYC that same year. Since then his style has evolved and perfected, which you can enjoy on ROCKIT's mainstage.

Luna City Express (D)
Luna City Express are Norman Weber and Marco Resmann. Their passion is DJing and they're producing tracks together for more than 10 years. They play as a team DJ and have been organising their own parties since 2000. Marco and Norman present a style, that includes all facets of house music.

Steve Rachmad
Steve is one of the Dutch techno icons. He's one of the dj's who has been in the game for a long time, in both dj-ing as well as producing (under several successful aliasses). Steve is a striaght-up techno dj who never disappoints.

Juan Sanchez
Juan has a long history in music. He has played in a band, he has combined his dj sets with him playing live guitar behind the decks and ROCKIT Open Air he does something new again. He will play with the German "Drum Connection" and together they will create a smashing closing of the festival.

You may have missed